A variety of vegetation cover the proper environmental conditions of the era Prehistoric in this line has provided for a variety of beasts and birds. The most important are: brown bear, wolf, Hog, Hyena, Fox, Jackal, Total, Goat, Rams, Deer, Leopard, Rhino and all kinds of reptiles.

Also Birds Like the: Quebec, Tieho and Pigeon There are native provinces and other groups such as Lak Lak, Heron, Goose, Drain, Dagger, Eagle and Chest-backed Immigrant They spend their time in the province for a long time in migration every year.

Waters Provinces of the province have different fish species: yellow fish, trout, carp, rainbow, Etc., and in places such as: Gahar lake and Pelotkard (wet livestock) and Borujerd fish for conservation and proliferation of fish Busy.

Near the ten Lang (Near Tang Seven), there is a special poppy section of the specially-made blindfolds that have been studied by some foreign biologists. This type of fish is known as Mahyorkhar, because it lives in underground waters and in the dark caves. The biodiversity of these two species of fish (the first species of the carp species known as “Iranocypris typhlops” and the second species of the scientific species “Paracobits smithi”) in a cave or water cavity located below the “Chilling” in the northwest The village of Loun is based on the functions of the Papi district in the city of Khorramabad. According to the official statistics of the Ministry of Environmental Protection of Lorestan in 1998, the total number of wildlife counted in the province is 86 heads of goats and goats, 7 heads of rams and ewes and 476 other heads of wild animals have been. 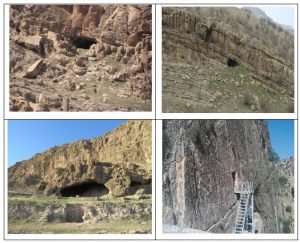