The Borujerd Jumeirah Mosque, called in the local dialect of the republic, is one of the first mosques built in Iran and is by far the oldest mosque in the west and southwest of Iran. This beautiful mosque is located in the eastern part of Boroujerd, in the old Dangue neighborhood, and is considered to be architectural and ancient, from the unique monuments of the province. Lorestan and Borujerd city. The mosque is located in the heart of the historic fabric and is at the heart of the oldest neighborhood and the core of the city’s formation alongside the historic market. This building with a history of more than 7000 years old is one of the primary Islamic mosques in Iran, which has undergone many changes and changes during its history. It was built in the past as a collection of mosques, baths, water storage, exotic houses (current waterfalls ), Square, and other belongings. Today, some of these works have been destroyed. According to people and Professor Pirnia, this mosque was built on pre-Islamic fire temples, but according to researches and studies that have been carried out so far, And confirming and denying this requires more study. The oldest works found so far in the middle of the 4th century AH, the Al-Boyah period, are, of course, signs of a mosque older than the type The first mosques of Sindarvar are believed to have been found in the 3rd century AH (like the Isfahan Jami Mosque), which needs to be further explored.

The mosque’s mosque is a mosque form of a single yavan with two entrance doors in the east and west directions, comprising a rectangular courtyard, porch, dome space and naveboards surrounding it and a vast winter ward on the north side of the central courtyard. Be The oldest part of the research carried out so far is the space below the dome of the house, which dates back to the middle of the 2nd century AH and its evidence was found to be intact at a depth of 180 cm from the current mosque floor. This space is likely to be constructed individually and outside the original mosque (like the dome of Nizam al-Mulk in the mosque of Isfahan). The first building of the mosque is without a flower and two flowers are made on the order of a person named Taqi Khan Razani in 1209 AH. The stone inscription of the major rebuilding of it is announced by the Safavids in the year 1363. With all of this increase and downs, there was a lasting construction in both winter and summer season Possibility for comfort of worshipers. In the northern part of the mosque, there is a dome and two adjoining nurseries adjacent to the high dome of the house and the upper openings of the ventilation and air displacement.

In cold winter Boroujerd, prayers and other religious ceremonies take place on the winter nursery located in the north of the courtyard. More than half of the body of this nave is located in the heart of the earth to reduce the heat exchange or out, as well as to increase the thermal mass of this nave. In the upper part of the southern wall of the room, there is a series of wooden windows that, in addition to providing light and air conditioning, allow sunlight to penetrate into the sunlight during the winter.

Pushchan (connecting agent inside and (outside

The first place we face is when we go out to the inside of the Borujerd mosque. The word is the word that consists of combining the two words “forward” meaning “ahead, ahead, face” and the word “khan”. Therefore, as an intermediary space on the border between the interior and exterior, it is a communication space in front of the entrance of some buildings that are generally enclosed from several sides. This space as part of the entrance and the first stage of the hierarchy of entry into the building, while defining the privacy of the building, provides a space for entry, pause, accumulation, movement and better understanding of the building; therefore, it is possible to say that the front of the square is open and open. On the eve of the entrance to the house, the mosque, the caravanserai, the bathroom, and so on. In this space, breaking out of and joining in is gradually achieved. The outer world of life, sounds, colors, and movement disappears at a time when it is in this mediator space. This is the space between which mankind (outer space) and the clergy (inner chamber) are the universe. There is a body and soul and soul to bring man to nothing, and to where and where to get rid of the senses and to know the appearances and deeds. And to get away from himself, to understand himself and to join the sea of ​​truth and to go through the path to nature.

Oyster or Criss is a space designed and built in many types of input spaces. This space is often located immediately after the input, and one of its functions is to divide the input path into two or more directions. In some public buildings with houses, there are two or more ways out of the inside of the vestibule, each of which has a special space, including the interior of the building, the yard. They used octagonal space to change the direction of the movement. The vestibule has both an architectural function and a harmony with the subtleties of social life.

After 8 o’clock, we will enter the courtyard through eight steps down the stairs. In addition to the climate justification, it is important for them to enter and create a sense of admiration to enter the holy place. This multi-element unifying multi-element courtyard, multi-space connector, to create a lush and vibrant environment as an artificial hinge for crossing inappropriate winds is an important element in organizing various spaces as a safe and quiet environment for the comfort of these users. Based on the material and spiritual needs and the hierarchy of privacy, public and outdoors, traditional courtyards have been formed. The courtyard or the middle ground in a mosque with a large, watery jet of water and flowing water, and gardens with shadowed trees, reminded the prayers and mosques of Paradise.

Since most of the day in the mountainous areas is cold or very cold, most daily activities are performed in the room, so the dimensions of this courtyard of Borujerd Jame Mosque are smaller than the courtyards of the Iranian plateau. Borujerd Jame Mosque is a shallow portico that is used to protect the entrance to the snow and rain. Another point of the lower floor of the courtyard of the mosque of Borujerd mosque is the size of 1 to 1.5 other terrain, such as thermal insulation surrounding the building and prevent the heat exchange between the building and the surrounding environment and to maintain the heat inside the building. The Borujerd Jami Mosque’s courtyard limits the eastern and western fronts of the yard, which are non-like buildings. In the middle of the courtyard courtyard, water is the manifestation of cleanliness and cleanliness in a large rectangular pool. The location of the dock was chosen in such a way that at least the portrayal of a particular part of the porch and the ornament in the dock is reflected, which, when this false mirror is broken up by a small wave, the thoughtful and mystic man thinks that nothing but The essence of the Lord is not Sustainable; therefore, the pond is also a decorative symbol in addition to the function of ablution.

The main porch of Avon

The most beautiful and finest porches in the mosques and Islamic monuments of Iran, and the Iranian porches are often tall and proportionate to the building with vault or transitional space between the very interesting and diverse “Tariqat”. The porthole is a viewer of the possibilities of determining and decreasing space, and it is earthly and temporal. From the perspective of the later, the porch is considered to be the self-standing soul, and as a body in the courtyard as the soul and the room. Ivan is an intermediary, and this mediator is in shape in its dual form (three-sided, open-ended, and so on). In the sight from the outside, you can find the porch with an altitude that is usually taller than the other points in the face, and it appears sooner rather than the front viewer, in the view from inside the outside of the open space of the enclosed space and the eye of the house towards The little garden, which is itself in the meaning of the campus, and with the square of the water, is a symbol of perfection (sense of unity), the role of Avon in the Borujerd Jame Mosque acts like a joint, and has a mission similar to the octagon and the space of communication and connection between the main dormitories and the nursery . The porch is composed of a song arch and is closed from three sides and opens to the midway. The porch is constructed as input and output spaces, while it is open for airflow, preventing sunlight and as an integral part of it, it has an extraordinary importance and has been prominent in its construction.

The nave is part of a large mosque with a roof. The nurseries are enclosed spaces with columns of a single shape and parallel to the courtyard of the mosque. On the southern side of the central courtyard of the building, two nesting rooms on the sides of the Avant-Rafi central can be seen as the main building. The main dome of the mosque is located between the two eastern and western nave and Avon Rafi northern and also its adjacent shops on the southern side (adjacent to Jaffari Avenue) The enclosure of the porch and the sides of it, as well as the eastern and western nursery and shops, are the main dome extensions. After the courtyard we enter the winter ward from the western entrance. If the central open area of ​​the mosque is considered to be the central courtyard, its northern front will be limited to the northwest. The floor level of this nave is lower than the level of the yard, and the rampart surface is a few steps from the central courtyard. Around the roof of this nest, with the exception of its southern front, is enclosed with a vaulted low elevation, and this part of the mosque has wooden windows, which, due to their height and distance from the floor of the earth in the winter, when the sun walks, enters the sunlight. And makes the winter nest environment more enjoyable for the worshipers. 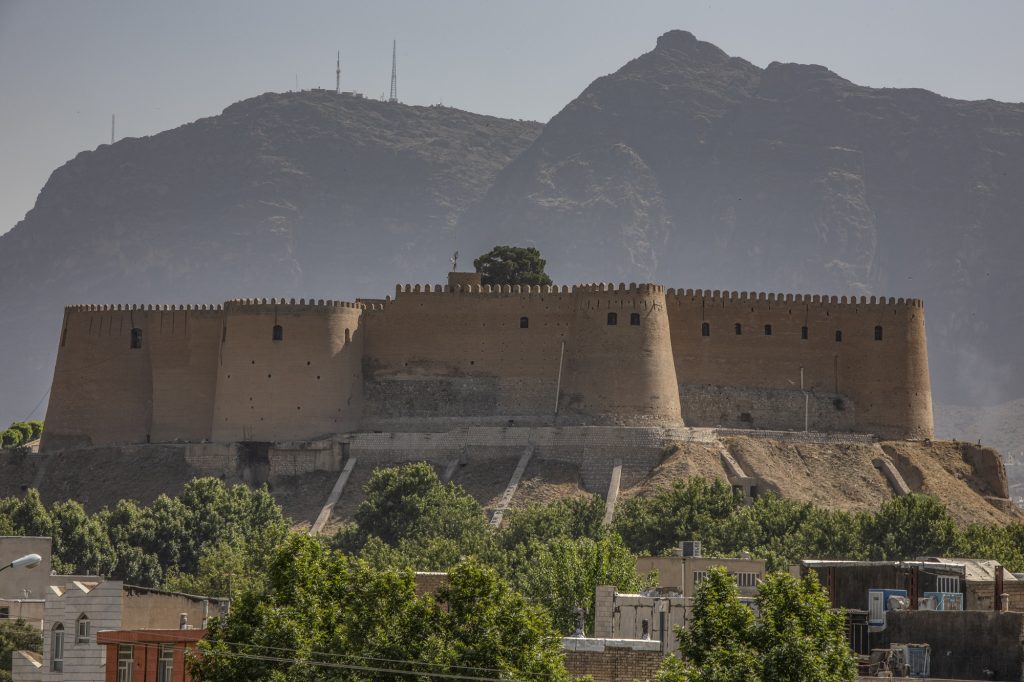 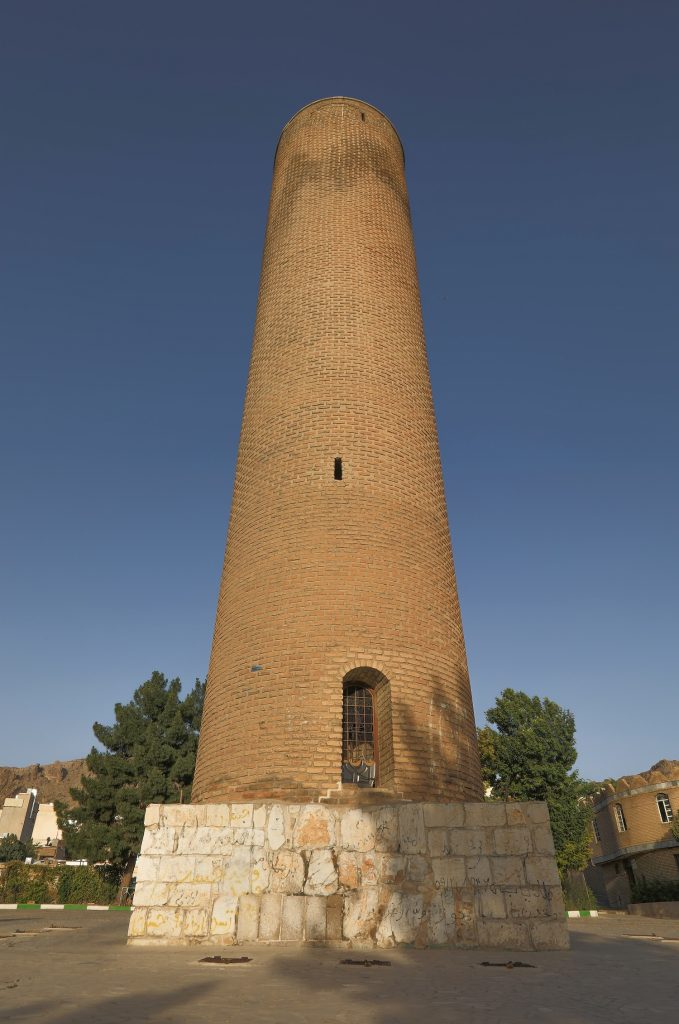